I couldn’t start my blog with anything else but a thought on procrastination and imposter living inside. I made huge efforts to start a blog and put it off for a long time with my first post. Not because I don’t want to write, but because the imposter inside me tells that nobody needs it. Before moving forward, a small story from my life. 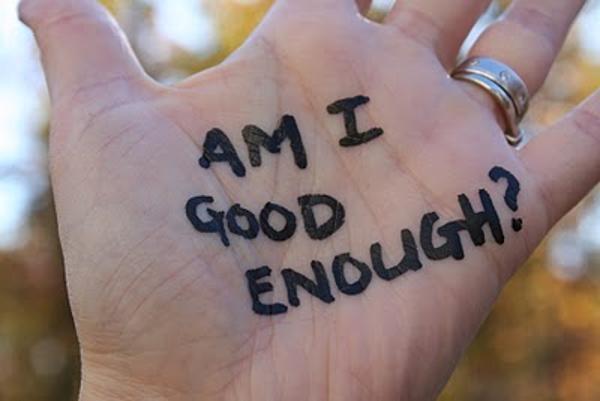 Two years ago I’ve decided to refresh my knowledge on algorithms and study them deeply. Since university I didn’t have a chance to go deep into this topic. Unfortunately, the challenges I had in my career during that period hardly solved any demanding problems which would require use of any complex algorithms, and I concentrated more on learning different programming languages, technologies, patterns and concepts. As a result what I’ve learned at the university got lost somewhere in the hidden spots of my brain.

I did some research about the best sources/books to start studying algorithms and ended up with getting Algorithms, 4th Edition from Robert Sedgewick and The Algorithm Manual Design from Steven Skiena. I was super excited about having them on hand and about the intriguing and challenging time I would spend studying them. It came out to be not as easy as I thought. I’ve decided to start with the Algorithms from R. Sedgewick, as it looked much easier having less math and the main used language being Java, so I assumed it would be more fun. The plan was to finish with it, and jump to the The Algorithm Manual Design from S. Skiena. 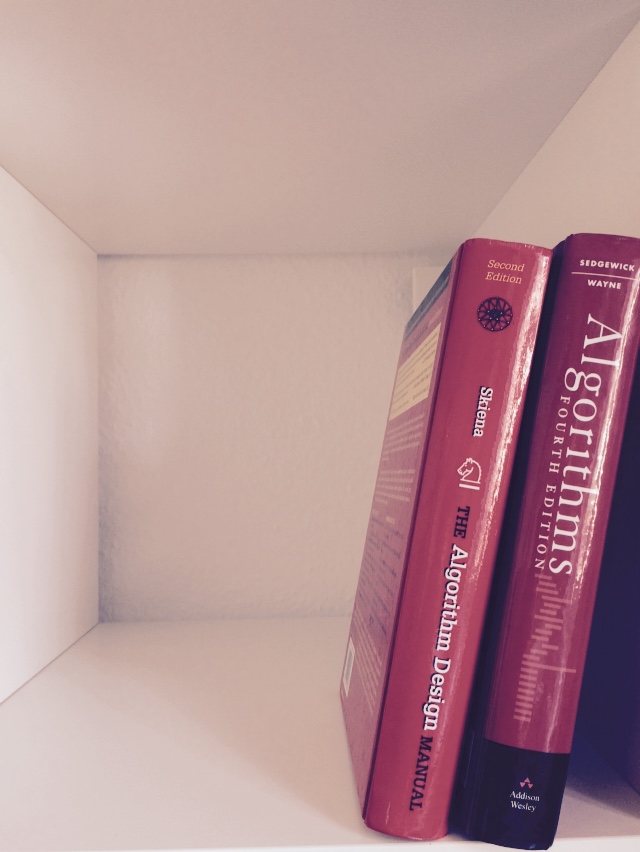 I didn’t have any schedule. I assumed I would just read and practice 2 hours a day after work. The kickoff was more or less easy, of course, as the beginning was basic introduction, some sections about Java and libraries which have been used in the book. I reached the first chapter and faced the first challenge. Things were not so easy any longer. Besides, I got home pretty tired and wanted to have some rest, but I started with my studies immediately after having a small dinner. After 20 mins I was exhausted and could not understand a single simple sentence. I was terrified to think that my brain refuses to understand even the simplest problems. Every time I faced a problem I spent 5 minutes on it and jumped back to the easy section, just to repeat what I already understood. I hoped that if I re-read what I already know, I could easily grasp the next topic. Not surprisingly I couldn’t move further. It was a failing cycle, 2-3 times a week the same thing and the same frustration. Finally after a month I gave up, telling myself that perhaps the time hasn’t come yet for me to fully concentrate on the topic. Clearly, I was procrastinating as much as I could.

After a couple of months I took the book once again. The same cycle repeated, but this time I kind of even knew that it would be that way, so didn’t care that much, just gave up on it after some time.

Before the next try after a couple of months, I promised myself not to repeat the same mistakes and took it seriously. To get motivation and encouragement, I was searching the web for some suggestions and similar stories, trying to learn from others. Soon the Imposter Syndrome started to appear. I was terrified, as reading people’s stories and looking at what they did made me think I was the dumbest person in the world. I felt like for the last 5 years of programming I’ve been cheating myself, everyone around - because a good programmer is supposed to know how to solve challenging problems using complex algorithms. This time it didn’t even reach to a point when I would procrastinate, all I had was fear in my head which followed me constantly - at work, at home. I went to the supermarket to buy something and was not feeling competent to do it, I was bad at everything. Everyone seemed more intelligent and competent than me.

The funny thing was that I knew about the Imposter Syndrome, I knew about Procrastination. I knew even the tools which I could use to fight against those - but did nothing.

I didn’t like the idea of living the rest of my life like this, so I decided to do something about it. I decided to view my problems as exciting challenges, not a life sentence. I started with trying to control my anxious thoughts by just asking myself questions and writing down the answers. Soon I started developing a plan of how to fight my fears.

An Imposter is a person who refuses to accept his/her achievements and is constantly afraid to be exposed as a “fraud”, someone who is incompetent and achieves success only due to luck.

How many times back at the university have you thought that other students were better than you? How many times have you thought that your colleagues are more competent and smarter than you? How many times have you thought that your good old friend plays table tennis much better than you? If you think about it, you might be surprised to find out at how many occasions you’ve faced imposter syndrome. It’s particularly frustrating because you don’t realize you might be wrong, you think that you are the only one like that and you are too ashamed to talk to others about it. Sometimes I’ve thought of extreme decisions as a solution, like changing my jobs, or to stop playing tennis with my best friend. In cases I won the set, I thought it was luck, and only that.

To make sense of my feelings, I have started a conversation with myself, reviewing the past and analyzing the present. I felt the need to acquire some tools and mechanisms to help myself get started. Here are some things that helped me:

Procrastination is a state of body and mind as you refuse to do a less enjoyable task and replace it with something easier, something you would do with more pleasure. I see around many people who procrastinate, be it about work or life. I also, would procrastinate for days and weeks and put off harder work until it was no longer possible to delay and I had to face the results of my idling. But I strongly believe that it is possible to enjoy your life and to hard work at the same time, if you change your approach to it.

After some research I came up with these techniques to help me procrastinate less.

I still procrastinate from time to time, sometimes I’m afraid to go to the same state I was before. I keep learning and growing as a person and in my career. I’m happy that I am surrounded by people who understand and support me and my ideas.

P.S. I’d definitely recommend to check Learning How to Learn course where you can find great suggestions about the topics discussed above.